Wanting to eat ramen but not being able to gluten is challenging for more than just one reason. The obvious reason is that the noodles are typically made with gluten, but something you might not know, is that soy sauce, often used to make broth and season Japanese food, also contains wheat. Shoyu ramen in particular, which has a soy sauce based broth, is obviously a no-go for anyone avoiding gluten but your part Japanese, allergic to gluten girl has you covered with a Gluten Free Shoyu Ramen you can make at home. 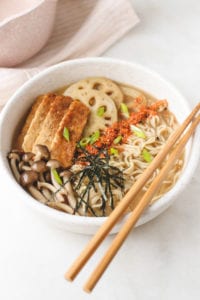 Not only is this recipe gluten free, but it’s also much healthier than most of the ramen you’ll eat at restaurants (and 200% healthier than instant noodle ramen). Despite the idea that making ramen at home can be a little daunting, this recipe is actually incredibly easy. It’s a recipe from my おばあちゃん (Japanese for grandma) that I put my own twist on to make it vegan and gluten free. My grandma says, “I don’t know why people think[s] (sic) ramen is fancy or hard to make. Actually it was a commoner’s food when I was little!”. What she means by that is historically, it was an affordable dish to make, enjoyed by all in Japan. Think street pizza or NYC food cart hot dog.

This Gluten Free Shoyu Ramen is not only gluten free, but also vegan and oil free. It’s made with ingredients like brown rice and millet based ramen noodles, tamari, asian veggies and plant protein. 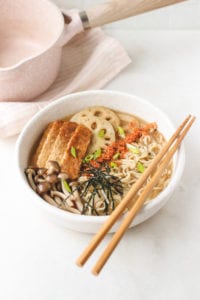 Most of the Asian ingredients listed are easily found at Asian grocery stores, if there is one nearby you. I’ll share links to online purchase some of the harder to find ingredients in the recipe, but recommend browsing an Asian store near you for better prices (just being honest!).

For maximum flavour, we’re using shiitake and kombu to infuse flavour into the broth, and the longer you can allow it to steep, the deeper and richer the result. Ramen is typically known for its rich broth flavour, so for best results, I recommend steeping as long as possible. 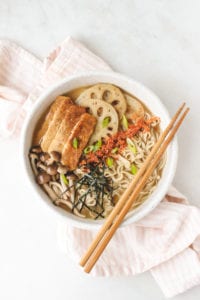 A gluten free shoyu ramen that you can easily make at home with zero gluten required! A healthier, homemade recipe that is vegan, gluten free, oil free and comes together in no time. This recipe comes to you from my おばあちゃん (Japanese Grandma), but modified to be gluten free friendly.

I recommend not cooking noodles far in advance or saving cooked noodles for leftovers, as the texture will not stay in tact. 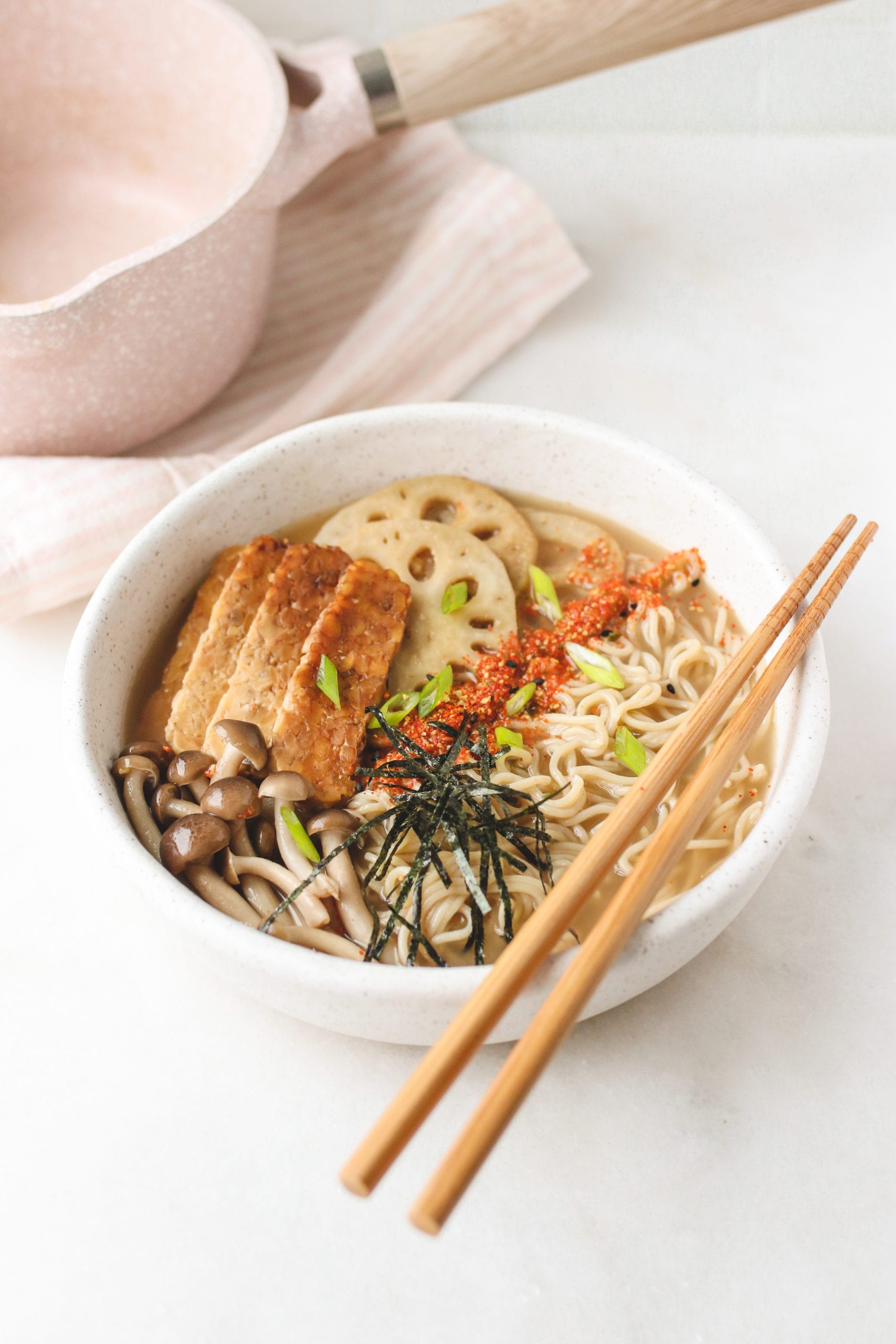