If you’re looking for a cozy breakfast but are tired of oatmeal, you have to try this Cinnamon Date Breakfast Buckwheat Porridge. It’s a delicious, warm meal, perfect for starting the day and can be enjoyed just like oatmeal. I’ve been enjoying this creamy, one-pot breakfast a lot lately and it’s a really nice switch up to my breakfast game.

Not familiar with buckwheat? First of all, despite “wheat” being part of the name, it’s not wheat and it’s actually gluten-free. Buckwheat is a nutrient dense seed, also called Kasha, considered a superfood with its rich polyphenol content. In comparison with oatmeal, the main differences are in the types of vitamins and minerals it is rich in. Nutrition facts otherwise look somewhat similar, and cooking method is almost identical between the two! At least…the way I like to make it.

The best part of making buckwheat porridge is that you can dress it up (or down) just as you would your standard bowl of oats. Got a favourite flavour combo for oatmeal? Try it with buckwheat instead! I’ll be sharing my personal favourite cinnamon date combination, but you can get as creative as you’d like to.

what’s in this breakfast buckwheat porridge?

To speed up the cooking process, you can take the additional step of soaking your buckwheat the night before cooking. Bonus: this can also be helpful for those who have trouble digesting grains! I would recommend covering the buckwheat with cool water in a bowl or jar, and letting soak on the counter for at least 4-5 hours. Again, this step is completely optional, so feel free to skip it–your buckwheat porridge will be just as delicious either way.

Once your breakfast buckwheat porridge is ready to eat, you can opt to ignore all of the toppings I used, and add your own! Try peanut butter, cacao powder, gingerbread spices, chopped fruit, nuts or even chocolate chips.

If you have leftovers, or want to prepare this in advance, I recommend heating the breakfast buckwheat porridge over the stove and adding additional non-dairy milk to stir.

If you try this recipe out, tag me on Instagram @veggiekins so I can see your delicious re-creations and for a chance to be featured! As always, I love when you share your reviews in the comments below, and if you make any fun substitutions, let me know how it worked out below too!

pin it for later! 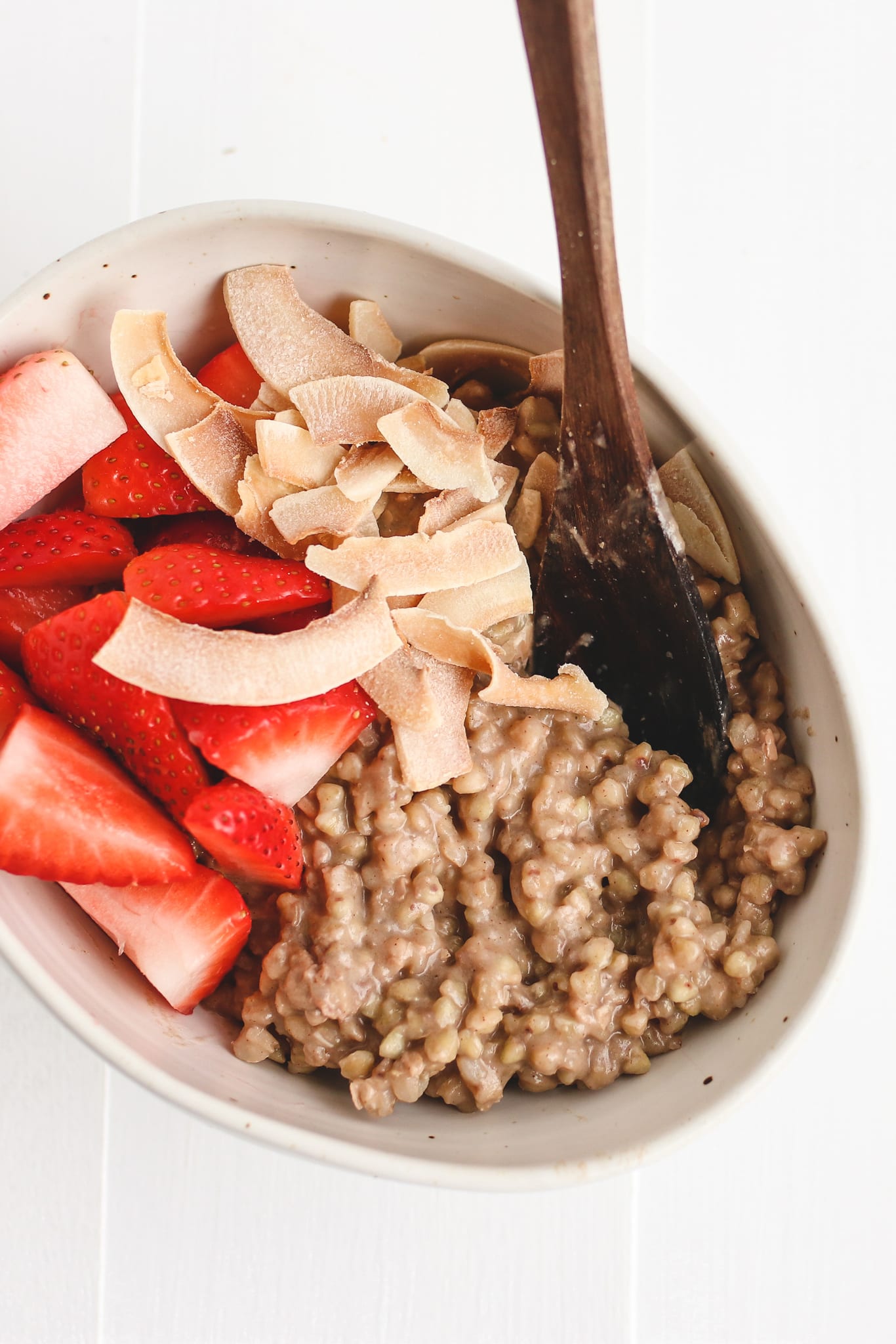