Sourdough was one of the biggest trends in 2020 and I have to admit I fell right into it–these Sourdough Discard Crackers are proof of that! Pun intended. Once I started baking sourdough, I wanted to try every single recipe I could, but with a sourdough twist. Then, when I inevitably got sick of everything tasting sour, I found myself with a lot of leftover starter (AKA discard, because you’re supposed to remove it from the starter). So eventually, I moved onto recipes I could make to repurpose discard and this was hands down my absolute favourite. 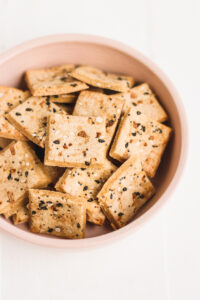 These Sourdough Discard Crackers are not only easy to make, but also easy to stash in the pantry for a while without going bad. In other words, you can make a ton of these crackers and save them for future snack moments. You can serve these crackers with dip, with soup, on a vegan cheese plate or enjoy solo. I personally love dipping them into a good schmear of vegan cream cheese to complete the bagel-esque flavour.

Since we are using sourdough discard as the base, there is a subtle sour flavour to these crackers, but adding nutritional yeast and seasoning completes it. It’s a very a versatile recipe in that you can season them however you’d like, but my personal favourite way is to sprinkle with everything bagel seasoning. They are super crunchy, have a boost of plant protein thanks to chickpea flour and may become your new favourite way to repurpose discard.

These Sourdough Discard Crackers are naturally vegan, gluten free, refined sugar free and made without added oil. It’s easy peasy, and calls for less than 5 ingredients to make!

So what’s in these Sourdough Discard Crackers? 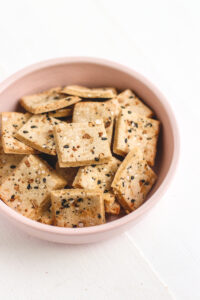 These crackers can get a little bit tough if you make them too thick, so I would recommend rolling the dough out as thin as you can. Keep an eye on bake time as well, because the crackers can burn quickly if you aren’t careful.

If you try this recipe out, tag me on Instagram @veggiekins so I can see your delicious re-creations and feature them! As always, I love when you share your reviews in the comments below, and if you make any fun substitutions, let me know how it worked out below too.

Easy peasy Sourdough Discard Crackers with lots of crunch and flavour. Don’t let your starter go to waste and make this vegan, gluten free and fiber rich snack instead.

Pin it for later! 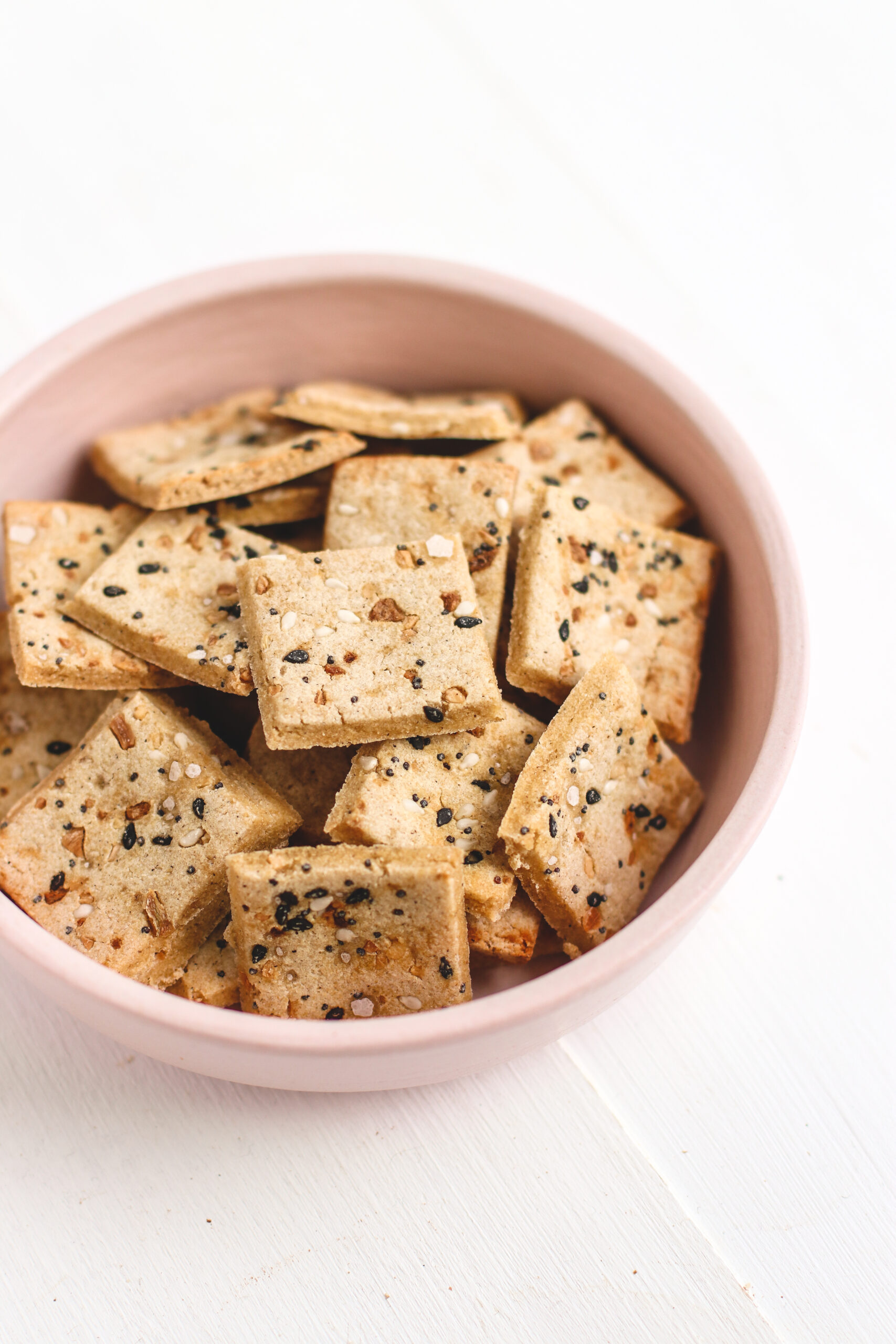