Well it has been a while since I’ve shared my last smoothie or smoothie bowl recipe. If you’ve been a Veggiekins reader for a while, you’ll probably remember my smoothie bowl days because I used to make them every other day, and they’d be hues of pastel pink, blue, purple, you name it. Then, New York City winter hit and I went on a smoothie bowl hiatus, unable to garnish as decoratively without edible flowers in season, and berries priced at an all time high. But we’re back with this Banana-Free Chocolate Raspberry Smoothie Bowl and by popular demand, I measured out all of the ingredients I used this time! 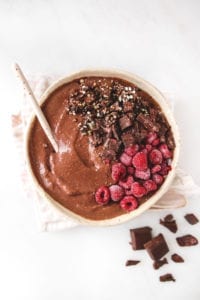 I’ve been getting an increasing number of requests for banana-free recipes, although I for one, am a banana lover through and through. That being said, there are rare occasions where I run out of bananas but still want a smoothie, so I’ve got some banana-free experience under my belt. This Banana-Free Chocolate Raspberry Smoothie Bowl is a delicious and chocolatey way to enjoy breakfast, packed with sneaky greens, protein and zero banana.

We’re using zucchini to replace the banana in this smoothie, but you can also use cauliflower as a substitute. I recommend chopping into small pieces and freezing before use, so that it’s easier on the blender. Some people like to steam their veggies prior to freezing, but I have personally found that specifically with zucchini, it’s unnecessary to do that. 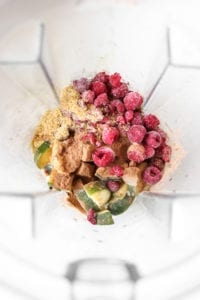 I recommend using a high power blender because zucchini when frozen is a lot harder to break down than bananas.

If you don’t like raspberries, or prefer a sweeter flavour versus a tart flavour, you can opt for blueberries instead.

A chocolate raspberry smoothie bowl made without bananas! A creamy, chocolately breakfast that is vegan, gluten free, whole food plant based and delicious. Packed with sneaky protein, greens and lots of omega-3s. 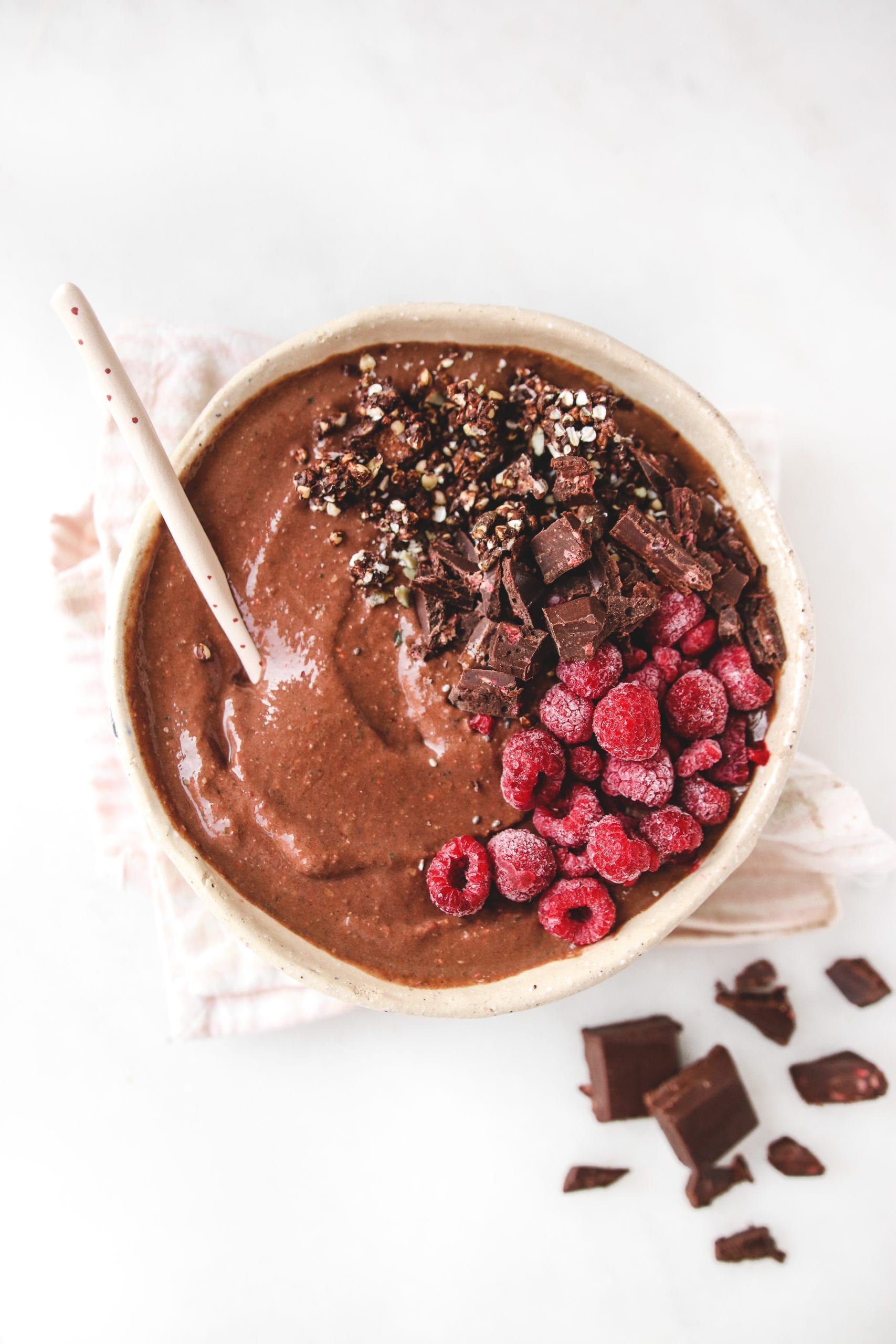