Recipes and more delivered right to your inbox

Here’s another recipe that I experimented with my dad to create–Vegan Kimbap! Kimbap (김밥) is a Korean dish, often eaten as a snack, or taken on picnics. It looks like sushi at first glance, but the ingredients and the flavour are distinctly different. 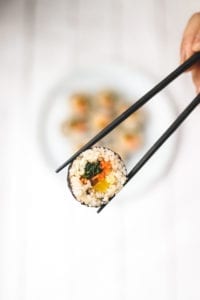 Kimbap fillings are usually cooked and seasoned veggies, never raw fish. Although the standard traditional kimbap is not vegan (as it contains egg and imitation crab stick), it can easily be made vegan. I actually love ordering it when I’m in Korea at the kimbap stalls, where they make it fresh right in front of you. All you have to do is ask for no meat, no eggs and you have your vegan kimbap. 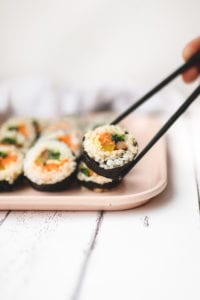 Today, I’m going to share how you can make vegan kimbap at home, without having to take that trip to Korea. This recipe stays true to the ingredients used in a traditional kimbap, but of course, we’re omitting the imitation crab. We are however, using a vegan egg substitute, but this is 100% optional. My dad and I had fun experimenting with it, and just thought it would make the vegan kimbap next level by adding it in. If you want to see us testing out the vegan egg, watch this video! 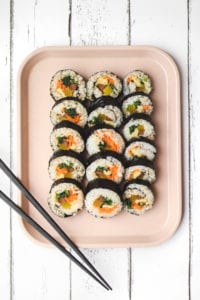 The rest of the ingredients are standard kimbap ingredients: pickled radish, or danmuji (단무지), carrots, spinach and burdock root. We use white, shortgrain rice (cooked in a rice cooker for best results), and unseasoned sheets of seaweed or gim (김). 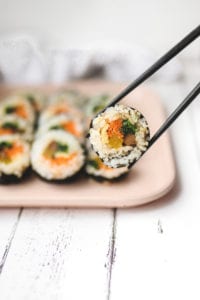 Kimbap is naturally gluten-free, and this recipe CAN be made oil-free, but as mentioned in my Bibimbap recipe, sesame oil is a commonly used ingredient for flavour in Korean cuisine. While I personally don’t cook with oil often, sesame oil is an occasional ingredient I’ll use because the flavour is truly unique. I’ll include options to make this recipe oil free or the traditional way below!

Vegan kimbap, or korean rice roll! This is a classic Korean recipe, made vegan and gluten-free with an oil free option. 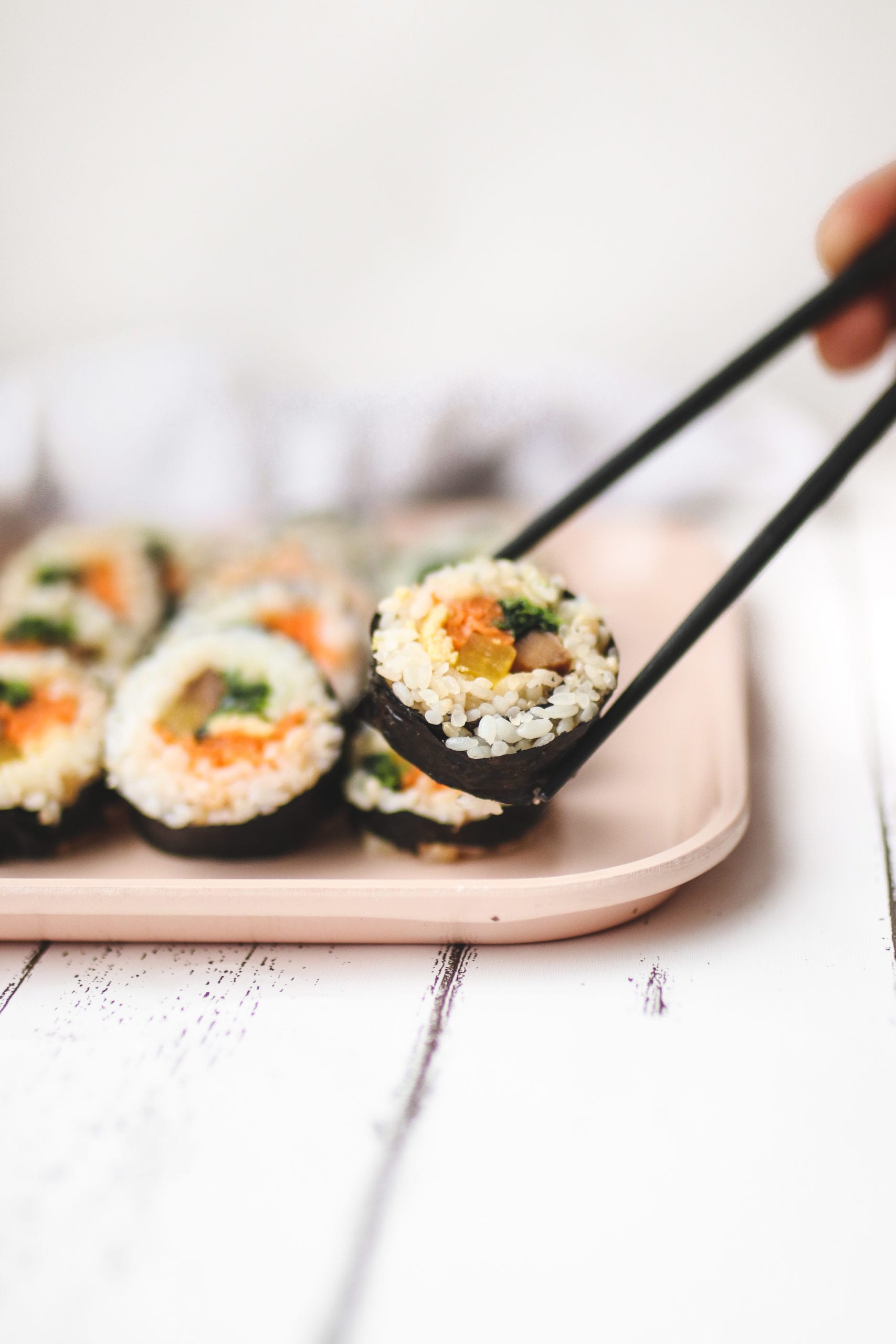