Today I’m sharing this Savoury Everything Bagel Breakfast Muffin recipe with you. Is it a muffin? Is it a bread roll? It’s somewhere in between, because it’s a savoury, bread-y baked good, following a muffin or cupcake method. That means no finicky yeast, no dough rising, no kneading involved! This recipe will satisfy your everything bagel cravings, sans gluten, with a fluffy texture, and dreamy vegan cream cheese to top. Reviewers say it, “tastes like a damn bagel! omg!” and best of all it’s really easy to make. Like I mentioned, the process is similar to baking cupcakes or muffins, which means simply mixing in a bowl and popping in the oven. It’s not only vegan and gluten-free, but also oil free, refined sugar free and healthy! Paired with your favourite cream cheese, it makes for a great breakfast and you can make them in advance to freeze them as well. 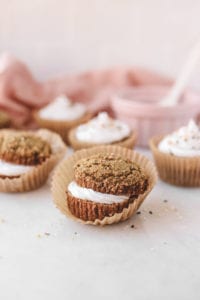 Now you know I’m a sweet baked goods lover through and through, but you may not know that I was also a big bagel fiend in my past. Due to my reaction to gluten I can no longer indulge in beautiful, pillowy, New York City bagels (real talk though, New Jersey bagels are even better), but sometimes I’d still treat myself to one when I felt like it was worth the pain. All because vegan and gluten-free don’t always go together. When baking gluten-free, eggs are commonly used, and important to keep texture fluffy without gluten present, whereas vegan gluten-free baking can sometimes become very dense. With my Raspberry Lemon Poppyseed Muffins, I had finally found a ratio and mixture of ingredients that was delightfully fluffy and both vegan and gluten-free of course. So I decided why not make it savoury and turn the batter into something like a bread roll? 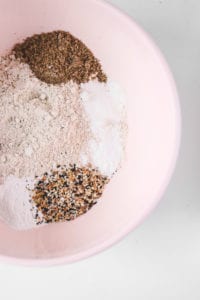 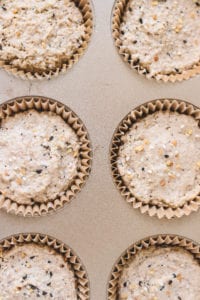 Don’t be fooled by the styling here–I opted to frost them cupcake style but it is indeed vegan cream cheese and not frosting. It’s kind of a fun trick to play on your taste buds because when you see it, you think cupcake, but when you taste it you get bagel. Alternatively, you can slice them in half and fill with cream cheese, sort of sandwich style, which is also more practical for packing. The choice is yours! 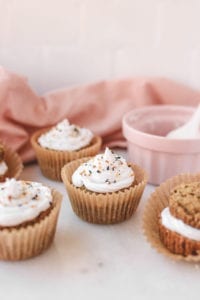 It’s no exaggeration when I say I’ve been waiting SO long to share this Everything Bagel Breakfast Muffin recipe with you. I’ve been wanting to experiment with this recipe since the end of January, but Veganuary was in full swing, and then came February, the month during which my building had a disastrous gas leak (AKA, no functioning oven) and then I left to Europe to see the boyfriend. I came back towards the end of February, spatulas blazing and ready to bake, only to come home to a still-not-functioning oven. I waited desperately for our gas to be repaired, meanwhile drafting out everything from the ingredients to the way I’d style my photos, and I had thought so long and hard about this recipe that I was almost 100% sure the recipe would work first try. Finally, it became March and my building let me know they’d provide me with a countertop oven to use as they understood my need for an oven but lo and behold, my muffin pan was too large for this countertop oven. At this point, I had gotten so frustrated and tired of waiting that I decided I’d make the batter and carry my muffin pan all the way to my friend Alex’s house to bake there, so many months and 1 awkward walk in the streets of New York City carrying a muffin pan later, it’s here!!! 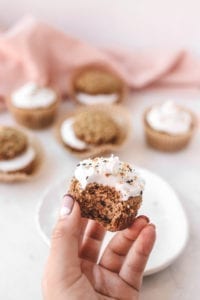 Let me tell you, this recipe will definitely be one on repeat in my kitchen, and has been taste test approved by two bagel lovin’ friends of mine. So enough talk, let’s get baking! Oh, and as a warning, your kitchen will smell like freshly baked everything bagels… Y U M.

A savoury, everything bagel flavoured breakfast muffin that pairs perfectly with your favourite vegan cream cheese. Vegan, gluten-free, oil free, healthy and much easier to make than a real bagel! 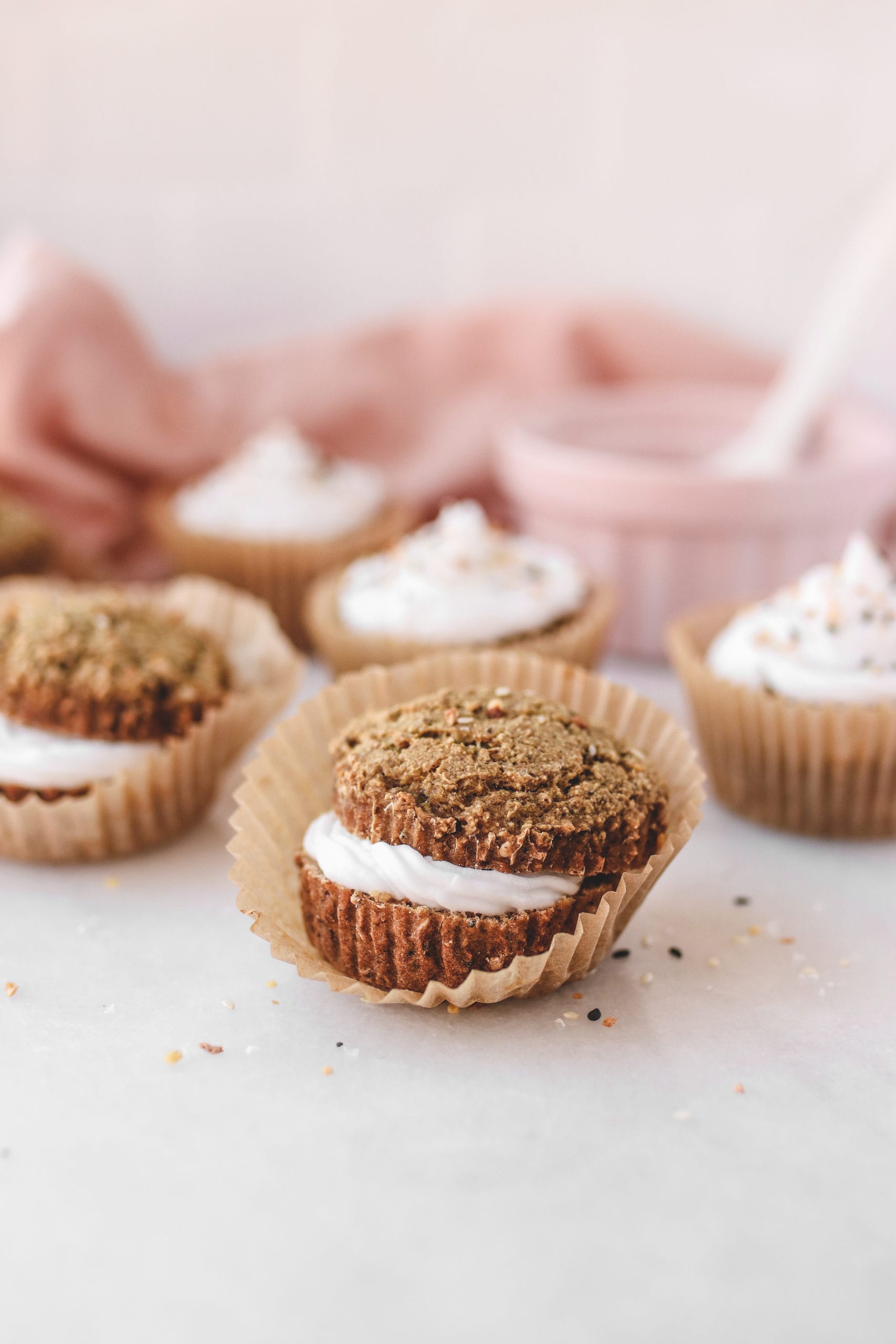