I’m a Valentine’s Day lover through and through, but I am V E R Y aware that not everyone shares the same sentiment. In fact, I almost feel like the anti-Valentine’s Day or anti-love sentiment is far more popular. With this in mind, I like to use the opportunity to elaborate on the way I feel about love and why I don’t think anyone should hate love. The thing about love and Valentine’s Day is, it’s not exclusive to romantic love. Love includes the love you have for your family, friends, pets and yourself. Whether or not you’re single is irrelevant. You can still celebrate love.

Last year, I shared a blogpost with recommended ideas for how to spend Valentine’s Day without a date and this year, I want to talk about my REALationship. I want to give you a little more insight into my relationship because whenever Mo, my partner, pops up on my Instagram stories or posts and YouTube videos, the whole #goals thing starts to happen. I think it’s inevitable and just a default way people express support for a relationship, but there are also people out there who see relationships online and it genuinely increases their desire to be in a relationship. Or, they think that being in a relationship will make them happy/change them/better them.

As a reminder, no matter how real you try to be on social media, and how much of the behind the scenes you try to share, it’s impossible (absolutely impossible) to share the entirety of your life. That also means it’s impossible to share the entirety of your relationship, so what you see online will  A L W A Y S  be only a fraction of what it is. I’ve shared tidbits of our challenges, long distance being a big one for us, but I realize that the international flights and frequent traveling can appear to be far more glamorous than it is. So we’ve shared our “how we met” and answered some Q’s in our Q&A YouTube video, but today will be our story, kinda funny, kinda sad, no sugar coating.

Mo (short for Mohan) and I were 15 and 17 when we met at a nightclub in Shanghai. We were in the 10th grade the first time we had really interacted, but had been attending the same school for a few years prior. At the time, I was deep in my struggles with… kind of everything to be honest? It was a lot for one person to take on, so I rarely was involved in real relationships prior because I felt as though it was a big burden and also, when your energy is destructive and negative, it’s not all that attractive. Nevertheless, I have to give it up to my past drug and alcohol abuse because without it I would not have bumped into Mo at the club.

I, with my brain on another planet (thanks open bar), was dancing with friends when Mo bumped into me. I assumed he wanted to dance with me and went with it. He wasn’t by the way, he just got pushed into me. After a while, we headed to the bar (more drinks), then outside for fresh air (smoking–yeah I can’t believe I used to be a smoker) where I proceeded to embarrass myself. I word for word told him that I wanted to “take him home in a box” while hanging onto him for support because I couldn’t stand upright on my own. I hopped into a cab and was taken home by friends and woke up to texts and Skype messages from Mo. A mutual friend of ours had given him my number and we planned to hang out once more before we had to go our separate ways because summer break was upon us.

This is the most mortifying part of our story, even to this day. Ok so we were hanging out at a park in the evening because we were sketchy teens at the time, and we ended up playing truth or dare. I dared him to kiss me and he straight up stood up and said, “I gotta go home now” and started walking away. By some miracle, I had the nerve to ask, “I don’t get a hug goodbye?” and then I received the most awkward stiff armed hug. After that I kept replaying the moment over in my head and cringing at myself. I was ready to delete his number and Skype address and thanked the universe that I was about to leave for New York for 3 months. I later found out that he had never had any interactions with girls before, and had never kissed anyone so he didn’t know how to handle the situation.

I was surprised to get a message from him on Skype once I landed in New York, and we continued talking until we eventually started dating in November the next school year (that story is in our YouTube video). It took about 5 or so months before we started officially dating because in between, there were issues we had with other peers from our highschool. For example, someone I’ll call Ann cornered Mo in a club bathroom stall and forced herself on him, which naturally, was offputting to me. Keep in mind that because of where we lived and how we grew up, situations like this were a reality that we had to deal with. On top of that, before we had started dating, my behaviour and partying was truly out of hand. I woke up most mornings not remembering nights before, with bruises from falling, tripping, and having acted so immaturely. That didn’t necessarily stop once we started dating but it did improve a little. Outside of partying, there was still self harm, remnant ED issues, and then senior year of high school when I had what I like to call “the very bad thing”. This dude stayed by my side through it all, and let me just clarify by saying that everything I had ever once struggled with came back all at once and full force after this very bad thing happened senior year. Then we spent some time in a relationship but not really, once again, and then we separated to go to college in different countries. We’ve been together for 7 years, 5 of which have been long distance.

The truth is, long distance is expensive, time consuming and frustrating, but we’ve grown into it and really mastered it. When we started, we were two freshman in college who lived 3,641 miles and anywhere from $600 to $1,500 away from each other. That meant that I had an expensive responsibility to work to fund, because I had a lot of pride in being financially independent, and spent any and all breaks from school traveling. The circumstances are more favourable now that we both work for ourselves and can support our travels comfortably, but this is the first Valentine’s Day we’ve spent together in probably the last 6 years. We miss anniversaries, birthdays, major holidays together, but we get to reunite in tropical destinations. We stay at beautiful hotels, but we’ll furiously be glued to our phones or laptop from the poolside because we never really stop working. As with almost everything in this life, there are positives and negatives.

I’m realizing now that A) this blogpost is getting really long even though B) there is still so much more I could say about sacrifices that have gone into us so I’ll end by sharing something Mo and I used to fight about all the time. He used to tell me that it was my responsibility to make myself happy–I shouldn’t expect him to. I mean, we used to fight about it mostly because his delivery was poor, but the message was there: happiness comes from within. In relation to relationships (ha), it is so important to be able to be happy alone, instead of looking for happiness in others or from external sources. Don’t let your confidence, self worth or happiness depend on anyone else but yourself. And if you’re not in a relationship this Valentine’s Day, spend the day taking yourself on a date, or show some love to a friend or family member. Maybe you bake for yourself or said loved ones and get down with a Jumbo Personal Cookie or some Heart Beet Brownies. Whatever it is you decide to do, do so with love.

The Truth About My Relationship | #REALationships 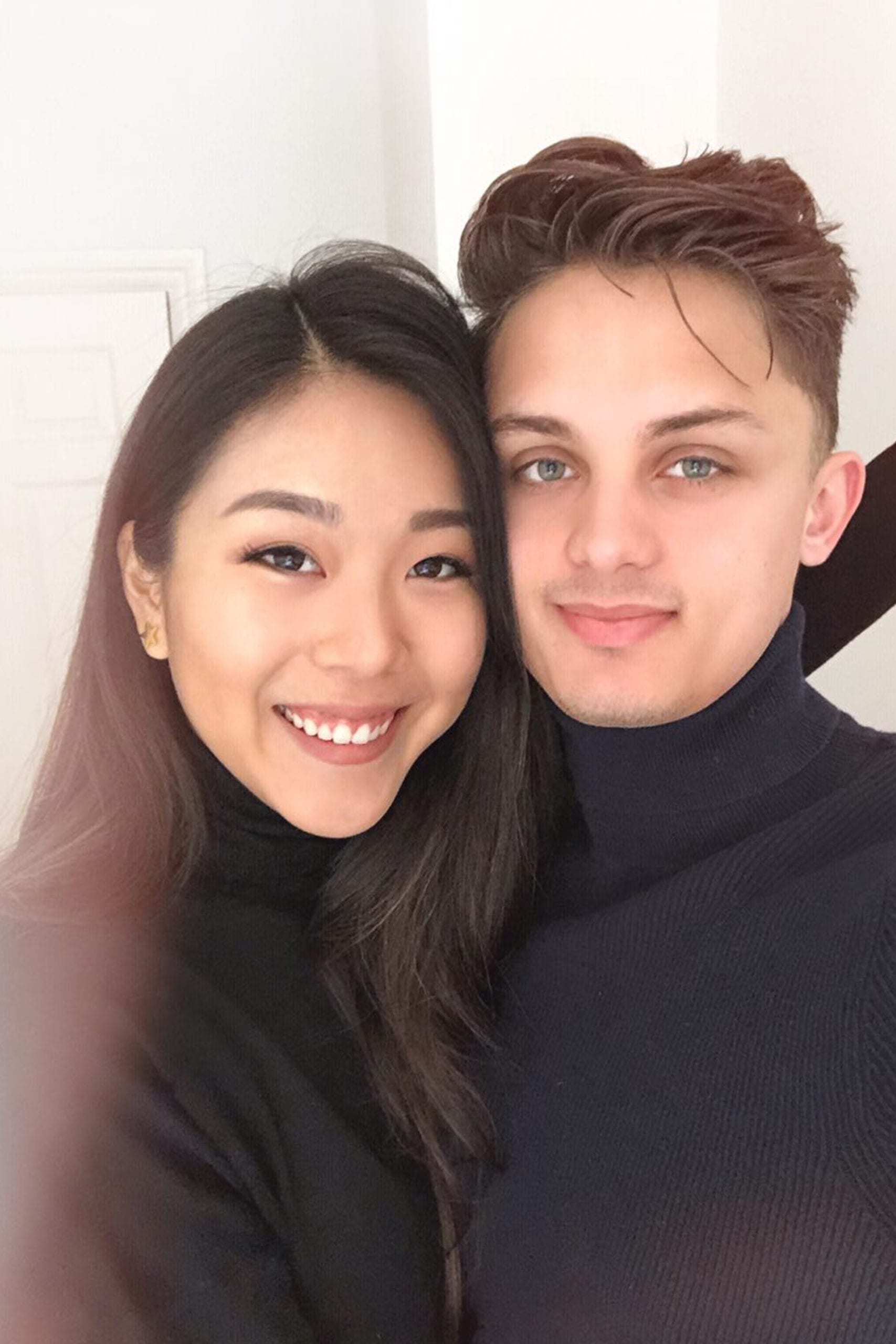 4 Comments on The Truth About My Relationship | #REALationships