Do you ever randomly remember embarrassing moments from your past and feel an intense full body cringe come on, as if you were reliving that very moment?

Most people do because when your brain forms memories, the feelings (however traumatic) are also coded alongside them. It also allows us to “learn from experience”, quite literally, as our brain tries to protect us from future negative experiences and events. That’s the gist of the information I’ve retained from my days as a college psychology major anyways.

Now, have you ever experienced the cringe secondhand? Maybe while watching a friend doing something embarrassing, seeing a moment in a movie or reading about a sticky situation? I remember loving the “embarrassing moments” segment at the end of every issue of Seventeen magazine in my teens, and experiencing that gut wrenching feeling so strongly, almost as if I were protagonist in the moment.

Well, I thought I’d share a few embarrassing moments of my own, so reading this might give you a little bit of that secondhand cringe. My apologies in advance if you do feel it, but my hope here is that you can look back on these memories with me, lightheartedly. It is unbelievable to me now that I’m able to now look back at these moments with humour, and even gratitude for the lessons they taught me.

Maybe you’re able to relate, because most people seem to have drunken stories that they look back on and laugh about, but for a long time, the memories were reminders for me of my struggle with addiction. I would feel ashamed of my past and all of the memories associated with it until I learned to let go. It was the final piece of my transformation–letting go and forgiving myself removed the power that these once negative memories used to hold over me, and now… they just make for great stories.

So today, please enjoy a collection of mini memories, each of which I hope will bring you both cringe and a little laughter.

I went out with a group of friends, to a club called Sky. By the time we had reached the actual club, I was on my fourth or fifth round of drinks + substances for the night. I made it to the coat check line, and just as I had reached the front of the line, I tripped (over air, lol), and fell completely flat on my back. I guess I was present enough to feel embarrassed, because I was, and I believed that no one would notice what had happened if I draped my coat over top of me and closed my eyes. So I did that. I stayed on the ground completely still for at least a solid 10 minutes, refusing to respond to friends trying to talk to me because I was convinced I was hidden. It wasn’t until one of the club bouncers physically picked me up that I moved.

On another summer night, I was at a bar ready to head home but ran into a guy I was trying to avoid. He was taking a smoke break outside the bar. In front of the bar, there was a small decorative fountain, and people would often gather there to smoke, or grab a breath of fresh air. It was especially crowded because it was a summer night. My friend and I decided try and come up with ways to avoid said guy on exit, and with the help of my equally inebriated friend, I came up with the most *genius* plan. My friend would cause a distraction, while I jumped into the fountain and hid underwater until the coast was clear. Then, she would hail a cab and we’d escape home.

We realized this might take some time, and I might not be able to hold my breath that long, so we came up with another genius solution. I should take a straw from the bar with me into the fountain to use as a breathing tube. We ran outside, and I, with straw in hand, jumped into the fountain and tried to scuba while waiting but ended up swallowing so much water instead of blowing it out of the straw that my flailing and splashing ended up distracting from what was supposed to be my friend’s distraction technique. Everyone, including that guy, noticed.

In 10th grade, one of my friends told me a story about her Harry Potter loving friend, who got so drunk, she ran into a wall screaming “Let’s go to Hogwarts!” [for anyone that isn’t a HP fan, to get to school, the wizards run through a magic wall at the local train station that is actually a secret entrance to the school’s train platform]. I think I felt inspired, because later that night, I ran into the coat check closet of the club we went to screaming “NARNIA”. Unfortunately there was no wonderland in that coat check closet, only racks of coats that mountained on top of me. I did not go back to that club ever again.

It was a Halloween night, and I was out at a club with my now boyfriend, Mo. At the time, we had just started seeing each other and I was wobbling around, drunk, but being physically supported by Mo meant we were able to make moves around the club in a somewhat functional manner. I was a firefighter that Halloween, in case you were wondering. We ran into a guy I used to casually see, who stopped us to say hi and I immediately felt so awkward, but knew I had to handle the situation. I stopped and shouted, “WOAH we got a fire over here! Mo, this is Bill* he has insane abs you have to see them” and proceeded to lift up Bill’s shirt without permission. Neither Mo nor Bill said anything, so at that point I decided to run away from the awkward situation while making firetruck noises.

In college, I had a friend who really enjoyed partying and clubs so we made a great pair of friends. While my tolerance for alcohol was relatively low, she had a lot less height to handle the alcohol. That’s a thing right, body mass matters? We went out like any other night until it got to the point where she wasn’t really able to stand. I wasn’t in much better condition myself, but some kind of adrenaline must have been getting me through and I was determined to get her home in one piece. It was also a rare moment in which I got to be “the responsible friend” instead of the wasted one for once. By comparison anyway.

We got into a cab back to campus where she couldn’t walk far enough to get past the school gates. Campus security came to assist, and she was eventually put onto a stretcher and taken to the hospital. At this point I was doing my best to put on my most responsible and sober act. I got her to the hospital and then tried to make my way home.

On the way out of the hospital, the fire fighters on call at the fire station next door noticed me looking lost and offered me a ride back to campus in the firetruck. Naturally I had to say yes because I thought was really cool, and my drunken self thought so even more. I was still patting myself on the back for having taken care of my friend and having made it so far, and in an effort to really convince the fire fighters that I was sober, I tried to ask them a series of questions to keep conversation going while simultaneously re-applying my lipstick with ease.

Once we reached campus, I did my best straight line walk away after thanking them and it wasn’t until I got back to my room that I noticed that I had lipsticked 90% of the right side of my face. None made it on my lips. I still think about this moment and what must have been going on in their minds as I was scribbling red lipstick on my cheeks…. yikes.

Well, these are just a few of the memories that I think of whenever the topic of embarrassing stories comes up. It took me years to be in this position where I feel comfortable not only sharing them, but also looking back and being able to see the humour in it. This is also a friendly reminder that no matter how embarrassing a situation is in the moment, they are moments of learning and growth too. What matters is the direction you choose to go in after the fact. 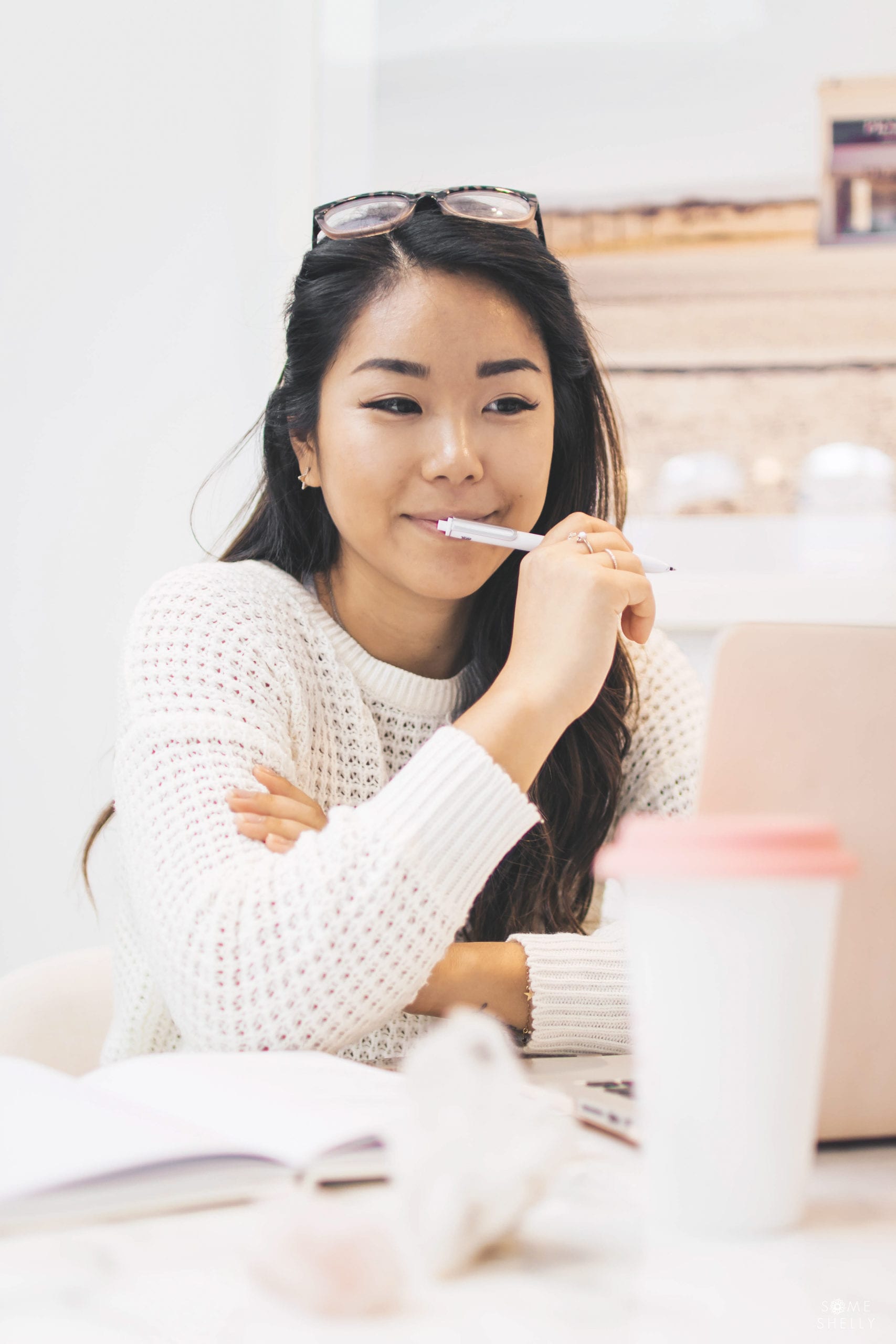